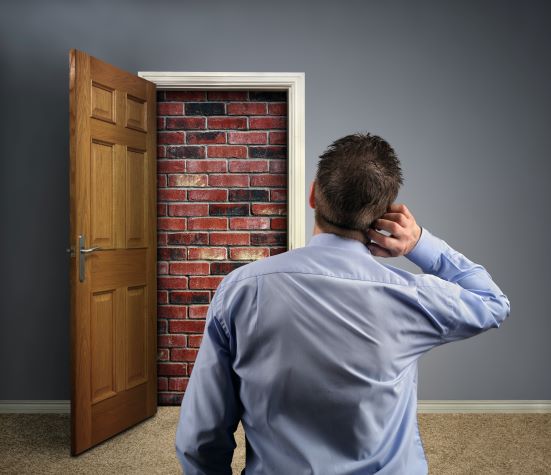 The stay was in response to an appeal filed by attorneys general for Nebraska, Missouri, Arkansas, Iowa, Kansas and South Carolina after their case was dismissed in a lower federal district court by U.S. District Judge Henry E. Autrey. The stay was ordered to allow the appellate court some time to review the arguments from the plaintiffs and the current presidential administration before determining if an injunction should be ordered until the appeal is resolved.

The Secretary of the U.S. Department of Education insisted in an op-ed for USA Today on Saturday October 22, 2022 that borrowers should continue to apply for forgiveness on the federal website: https://studentaid.gov/debt-relief/application. The Secretary also affirmed the Department of Education’s intent to continue to process applications and conduct all of the necessary steps to affect the student loan relief with the exception of actually disbursing the funds to adjust borrowers’ student loan balances. The Department of Education has been sending out mass emails to borrowers encouraging them to apply. Similar statements from the President of the United States have reinforced the administration’s view that the administrative stay is only a temporary delay and predict that borrowers should start seeing relief in about 2 weeks.

However, after directing both parties to submit opposition and reply by Monday 10/24/2022 and Tuesday 10/25/2022 respectively, the federal appellate court has given no indication as to how they are going to rule on this case. Many law professors and legal scholars are now weighing in with predictions regarding this case going in both directions. There are also 5 additional cases currently working their way through the courts, challenging the legality of the blanket student loan forgiveness proposal. Only one of those 5 additional cases: Brown County Taxpayers Association v. Biden, has been dismissed by the U.S. Supreme Court.

Roxie Horton
2021-05-25T23:11:12+0000
Definitely recommend Hope Credit. I was very worried about my student loans and not being able to use my degrees as... promised. Hope Credit was very helpful and assured me they would take care of everything. No need to worry. They came through for me and took care of my loans. Jonathan has been a great help and explained everything to me and was always there to answer my questions.read more

Cyncerely Cyn
2020-09-23T15:30:05+0000
I definitely recommend allowing Hope Credit to assist you with your student loans. I dont want to give my age but ive... let my student loan debt cripple & hold me back for so many years! But they effectively communicated to me everything i needed to know to get back on a narrow path to loan consolidation,low monthly payments & credit repair💪🏽Thank you Carey & Gagan‼️read more

Heidi Jorgenson Quade
2020-04-11T14:16:25+0000
Definitely recommend Hope Credit! Anita and Jonathan have been amazing! They took time to explain everything. Very fast... with communication. Thank you Anita and Jonathan!!read more

Spring Barrick
2020-02-19T23:39:38+0000
I recommend Hope Credit to anyone looking to relieve the stress of student loan debt. Its been a blessing in my life... and allowed me to reach my goal of getting out of student loan debt as well as enroll back into achool. Anita has been a life saver.read more

Jeff Kelli Gaskill
2020-01-29T03:43:28+0000
Have dealt with other companies regarding my student loans but Hope Credit helped me and explained everything. They... went above and beyond to help start my road to being student loan debt free.read more

Katie Marie Peugh
2019-07-23T12:33:11+0000
Working with Jonathan to get my student loans was the best and easiest decision ever. The process of the whole deal was... very easy. Jonathan took the time to explain the whole process so that I understood and even answered all of my questions. This process is definitely worth it all. My loans are now manageable and I know if I ever need anything Jonathan will take care of me.read more

Nicole Hunkins
2019-05-14T14:57:21+0000
Hope Credit has been great! It is so nice to know that I have a huge debt lifted off my shoulders. This program is a... life saver. I'm so glad I made the call and talk to them! If you are struggling to pay off student loans take the time and give them a call, you won't regret it !read more

Chris Kelly
2018-05-23T02:15:33+0000
Dale at Hope Credit has been a delight to work with. He showed me how to save money and still be current with repaying... my student loans.This is a great program designed to help take away the stress of handling the repayment of student loans.read more

Jeff Krahulec
2018-05-22T01:59:23+0000
Hope credit has been great. I was skeptical at first , thought it sounded to good to be true but was very surprised to... find out they did everything promised. So glad we made that first call.read more

KerriAnn Mascellino-Berenguer
2018-01-12T20:07:22+0000
Hope Credit is amazing. It was such a relief to have been apart of this program. Having a family of my own and having... the everyday stress on your shoulders plus debt over your head can be so very overwhelming but Rodney from Hopecredit helped me and answered all of my questions. hopecredit is the BEST!!!read more

Kara Marts
2018-01-12T15:00:43+0000
Hope Credit has been AMAZING to work with! I was VERY skeptical in the beginning because it felt too good to be true.... It isn't! I was able to get close to $20,000 forgiven and just had a low monthly payment of $35. Everything was easy to do, as I had student loans from several different loan providers. Hope Credit took care of my loans right away and then I just paid them. I do work at a non-profit, so that was an even bigger bonus for me! I loved working with these guys and would absolutely recommend them to anyone looking to consolidate their student loan debt!read more
Next Reviews